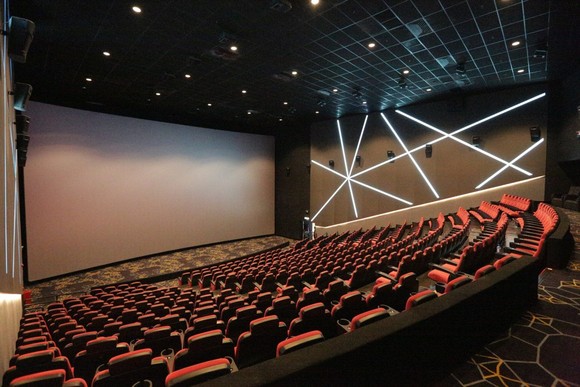 “We are extremely honored to be involved with MBO’s flagship project at Starling Mall,” Sittiporn Srisanguansakul, Owner, Goldenduck. “MBO asked us to design audio systems for each theater that would provide guests with consistent and impactful cinematic audio at every seat. We used JBL Screen Array speakers to achieve that goal, resulting in an immersive audio experience for all guests at Starling MBO.”

“At MBO Cinemas we want to offer our patrons with a comfortable, exciting and memorable experience. MBO the Starling offers the latest in cinematic experiences such as BIG SCREEN, the first MX4D hall in Malaysia, the first kids hall KECIL in Malaysia and PREMIER hall. We are happy to be associated with JBL and Thank Golden Duck for their customer service.”, Said, Mr. Enghee Lim, CEO of MBO cinemas.

The remaining eight auditoriums feature JBL 4732 ScreenArray three-way cinema speakers, with each auditorium installed with three 4732 screen speakers, and a combination of 9300 surrounds speakers and 4645C subwoofers. Crown DSI 2000 and DSI 4000 amplifiers provide clean and reliable power to all speaker systems in the complex.