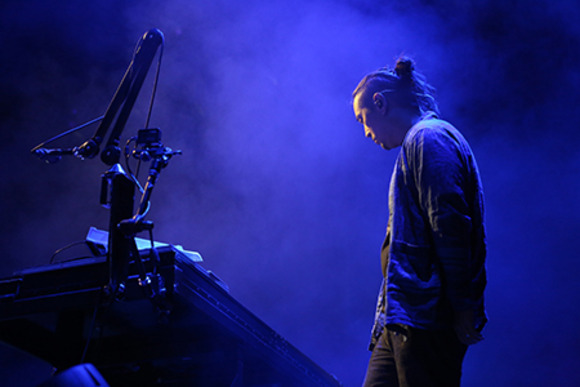 Hahn is best known as the DJ and programmer for two-time GRAMMY Award-winning band Linkin Park, which has sold more than 50 million albums worldwide, and just released their seventh studio album, One More Light. An accomplished artist and painter, Hahn directed the feature film Mall and more than 30 of Linkin Park’s music videos, including “Numb,” “What I’ve Done,” “Bleed It Out,” and “New Divide” – which has received more than 250 million views on YouTube.

The contest, announced in early May, gives musical groups from across the United States the chance to win an array of prizes, including a performance slot at this summer’s JBL Fest in Las Vegas. Currently open for submissions until May 31, bands can submit a video of their original performance that accurately represents their music and performing style.

In addition to a performance slot at JBL Fest in Las Vegas this summer, the grand prize-winning band will receive $5,000, a new JBL EON ONE PRO PA, roundtrip airfare to Las Vegas with a three-night stay at the Hard Rock Hotel and Casino for up to six band members, tickets to other JBL Fest events and more. Two runners up will also be awarded with JBL EON ONE PRO PA systems.

To enter the contest, each band must submit a video of an original song performance to www.bestamericanband.com.