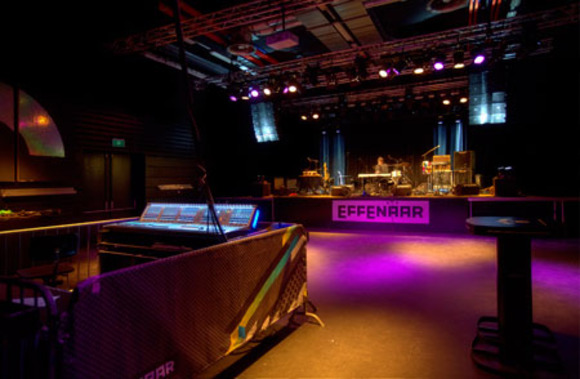 
EINDHOVEN, The Netherlands – The first permanent installation of HARMAN’s JBL VTX V20 line arrays was recently completed at the Effenaar venue in the Dutch city of Eindhoven. The system was put to its first test with a performance by singer-songwriter and violinist Joan as Police Woman. Audio XL, HARMAN’s Benelux distributor, provided the system.

The Effenaar is a legendary music venue located in the city center of Einghoven. It was founded in 1971 and has established a reputation as one of the main clubs in the Netherlands where world-famous acts could play, and also a club where new, local talent could spawn, grow and be harvested.

“The Effenaar chose the new JBL V20 because we first heard its big brother, the V25, and were very impressed,” said Charles Konings, Technical Production Manager at the Effenaar. “We think JBL took a big leap forward in designing the VTX Series.”

For more information on the Effenaar, please visit www.effenaar.nl