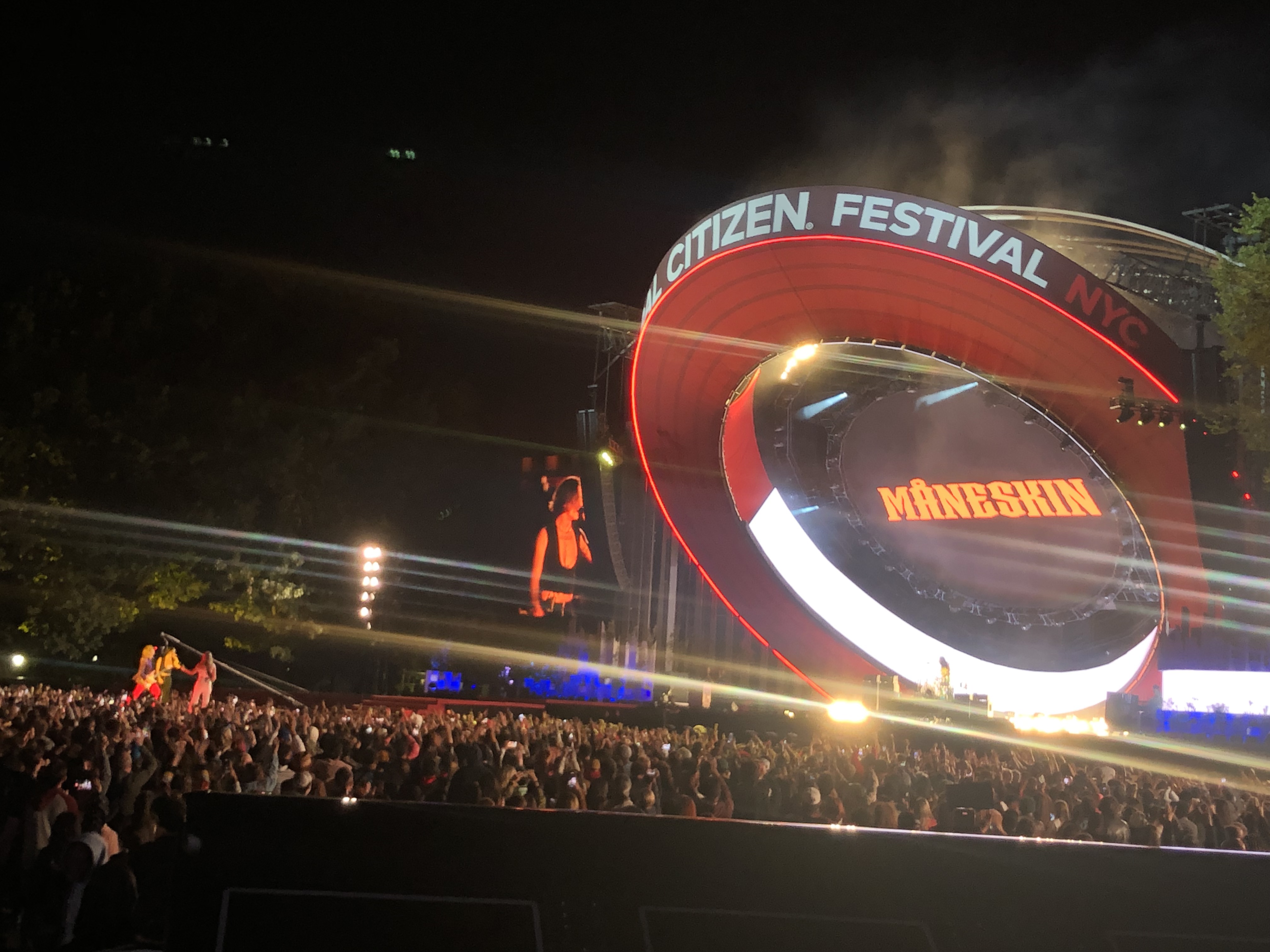 Founded in 2012 by Global Poverty Project’s Ryan Gall and Hugh Evans, Global Citizen Festival is an annual music festival with one humanitarian goal—to end poverty worldwide. Instead of selling tickets, the Global Citizen Festival’s unique model offers free tickets to the festival as a reward for “global citizens” who respond to calls for tangible actions in the fight against poverty. In the decade since its inception, global citizens have taken more than 30.4 million actions resulting in $2.4 billion being committed to help more than 1.15 billion people living in poverty around the world.

The 2022 edition of Global Citizen Festival featured two events happening simultaneously on September 24 in the United States and Ghana. The US edition took place in Manhattan at Central Park’s Great Lawn and featured performances by Metallica, Mariah Carey, Måneskin, Charlie Puth, The Jonas Brothers and more. Concert organizers once again hired Firehouse Productions to supply a sound system powerful enough not only for a major festival with thousands of attendees, but also one that could deliver the power needed for a Metallica concert. To ensure wide coverage and balanced audio quality with clarity and impact, Firehouse Productions deployed a complete JBL VTX live sound solution, designed by Paul Bauman of PdB Sonic Design and featuring more than 100 VTX V25-II line array speakers.

“Sound design for GCF 2022 was an interesting challenge and one of the main goals was to design a powerful system that would be up to the job for Metallica,” said Bauman. “Having worked the Global Citizen Festival several times in the past, I was familiar with the space to be covered, but we needed to scale it up for Metallica. We went with a complete JBL VTX line array solution, featuring 36 V25-II boxes (18 per side) for the main LR system, complemented by four V25-II distributed front fills and two V25-II stacked on top of three S28 subwoofers for out fills. This was supplemented by two near-delay towers of 15 V25-II each and two far-delay positions with twelve V25-II each. In the past, the near- and far-delays were nine speakers each respectively. The extra V25-II speakers gave us the impactful audio we needed for Metallica.”

The JBL VTX V25-II is a full size three-way high-directivity line array element that includes a new 4th generation waveguide for improved long throw performance and wavefront control. The main stage sound system consisted entirely of V25-II speakers, helping Bauman and the Firehouse team deliver high quality audio and high sound pressure levels in every area of the festival. To provide just as powerful of a bass response, the Firehouse audio team deployed 36 JBL G28 dual 18-inch subwoofers in a single line hybrid cardioid and EDS (electronic delay-steered) configuration. Per Bauman’s design, Firehouse supplemented the low end with four distributed stacks of three JBL S28 cardioid subwoofers each for additional EDS coverage. The legendary sound quality of JBL speakers enabled Bauman to quickly tune the system on the day of the festival after being set behind production schedule due to weather delays.

“Weather was a factor on load-in days,” continued Bauman. “We had a lot of rain day one and high winds the following day, so we were not able to trim, focus and tune delay positions until the morning on show day. Fortunately, detailed modeling and optimization in advance gave an excellent starting point and the system came out of the box pretty close to dialed in.”

In addition to the Main Stage, there was a secondary stage—Skyline Stage—located directly behind the front-of-house. Bauman and the Firehouse Production team met this challenge with a second stage rig consisting of JBL VTX V20 speakers. JBL VTX V20 features the same advanced technology and extraordinary performance of the VTX V25 in a smaller format, enabling Bauman’s system to transition seamlessly from one stage to the other.

“The Skyline Stage, located beside the FOH position, was a new feature this year and represented a unique challenge from a sound design perspective,” said Bauman. “Due to arrival time and localization issues, the approach we took was to install a second rear-firing system to focus the audience’s attention to the Skyline Stage. Providing coverage from the Skyline Stage back towards the main stage, a center cluster of six VTX V20 speakers was flown from the crane suspending the circular video wall. We used seven distributed front fills stacked on subwoofers around the perimeter to complement the center cluster.”

“To balance center cluster coverage, six rear-firing V20 boxes were stacked on a platform at the near-house left-delay position,” continued Bauman. “When changeovers happened, the main FOH system was muted and the center cluster became the zero time reference with near and far delay times adjusted accordingly. This resulted in excellent coverage and localization for audience members plus a very seamless transition from Main Stage to Skyline Stage."