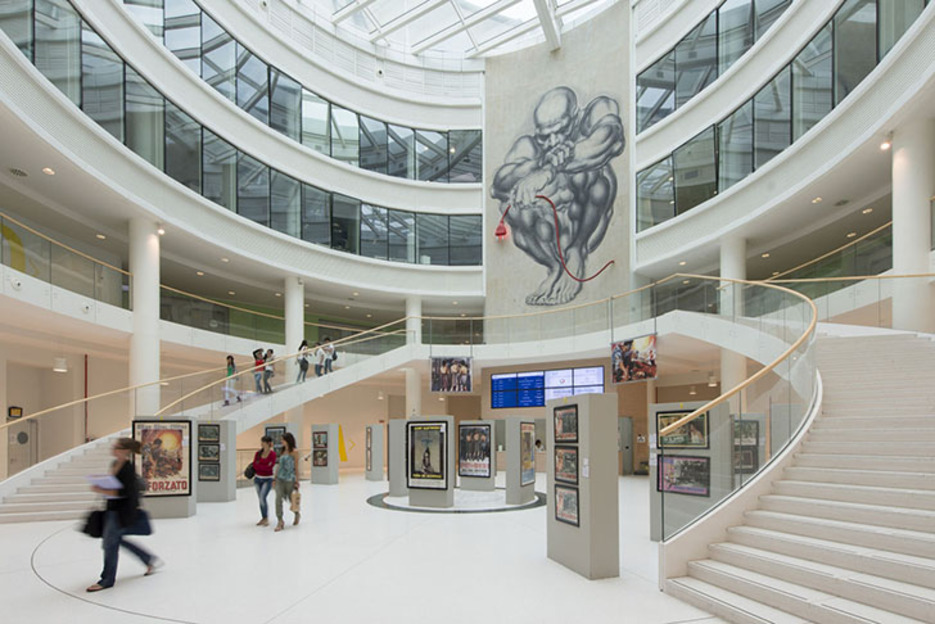 In order to allow lessons to be streamed via the Internet, the University of Torino in Turin, Italy needed an A/V infrastructure that could connect more than 35 classrooms in the campus’ Law & Political Science faculty. The facilities include six lecture rooms—each containing approximately 150 seats—28 small classrooms and a grand assembly hall with 300 seats. The assembly hall is also occasionally used to stage small concerts.

For the University, it was vitally important to have a single brand of product control all aspects of the system—including audio, video and web—to ensure flexibility and ease-of-use for staff members.

At the heart of the network is a BSS Audio Soundweb London system, which allows for seamless management of the classroom’s audio and video control. LTech chose to place the system on a BSS Audio Soundweb London network, with its proprietary BLU link digital audio bus, to provide a powerful backbone for the system and easily integrate audio signals with video. A BSS Soundweb London BLU-800 installed in the grand assembly hall shares audio with a Soundcraft Compact 16 via a CobraNet card, ensuring all mic inputs normally handled automatically by the Soundweb London processor can also be mixed manually. In the smaller rooms, LTech specified Soundcraft EPM-6 mixers to handle mic mixing and computer signals.

Additionally, LTech installed a range of JBL Control loudspeakers, powered by Crown’s XLS 100 and 135MA amplifiers, to provide playback throughout all the rooms.

“This has been a successful integration, which fully meets the client’s requirements. They were particularly enthusiastic about the performance of the Soundweb London processors that make up the heart of the system, for their flexibility and ease of programming. Without having any previous experience of this platform, they have immediately created complete autonomy in the management and maintenance of their audio systems.” – Mauro Lavazza, Project Manager, LTech