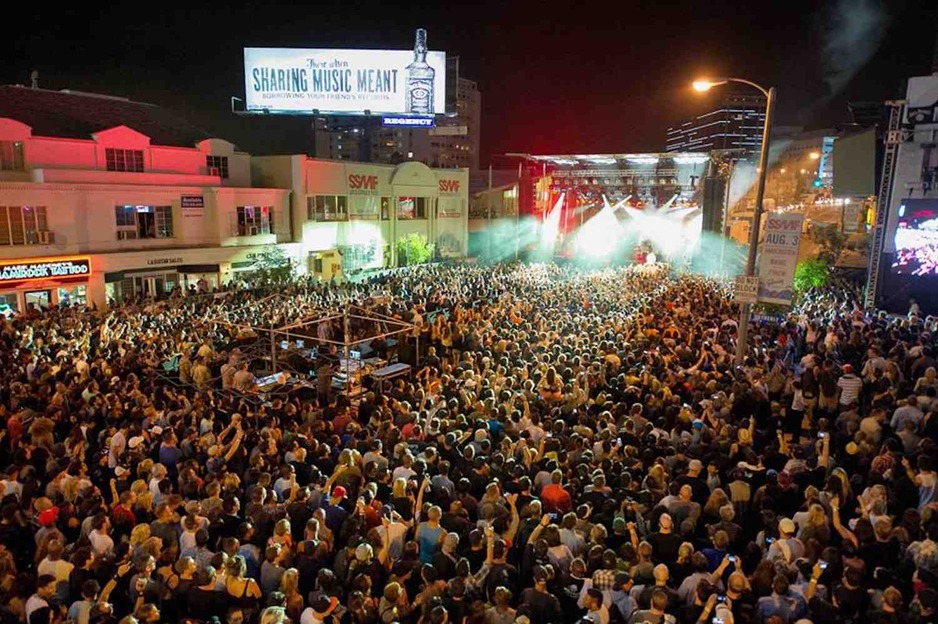 The Sunset Strip Music Festival has featured musical headliners like Black Rebel Motorcycle Club, Awolnation and Linkin Park. Since there was no time to do a load-in the day before, the festival needed a custom audio system that could be setup quickly, but also provide top-quality sound.

“After years of using JBL systems for smaller staging applications, I was overjoyed by the sound and performance of the VTX system for the main stage at the Sunset Strip Music Festival. It was not only twice as loud than the previous system we used that fit into the same footprint, it also had a punch that was clear and noticeable even two blocks away. This performance has made me a firm believer in large-scale JBL touring rigs forever.” – Phil Jaurigui, Head of Production, Sunset Music Festival