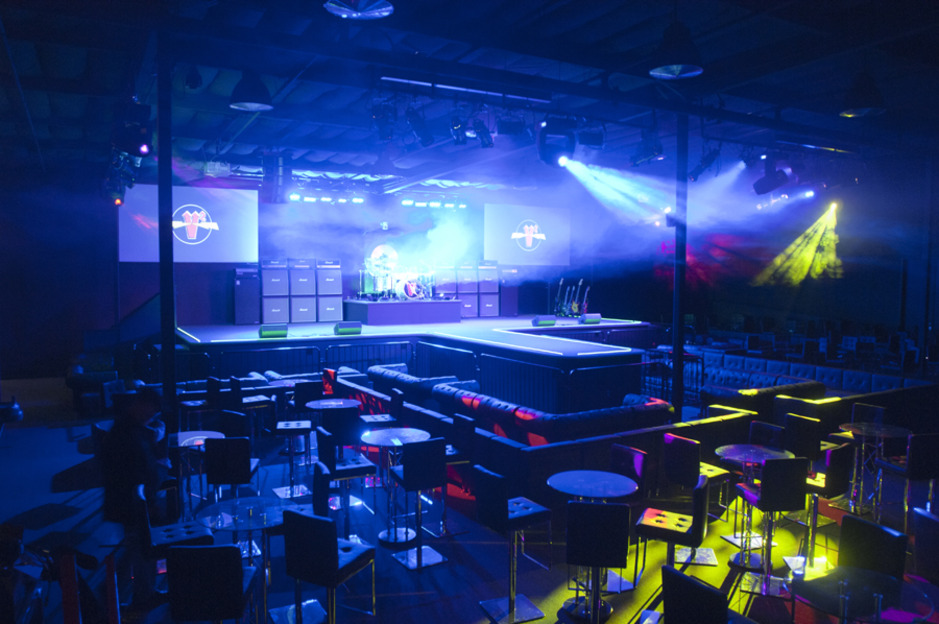 Rock Star University’s facility was converted from a warehouse into a combination performance venue, music teaching school and rehearsal studio. To complete the 350-seat “House of Rock” performance area, the owners wanted a full stage with concert-quality lighting, video backline and a professional sound system that could rival any world-class rock concert venue. Rock Star University needed the ability to record its students’ performances to offer more advanced review and analysis capabilities. A low-profile line array system was also needed due to low ceilings in the performance space.

Adams and his team hung five JBL VT4886 loudspeakers on each side of the stage, with low-frequency reinforcement provided by one JBL SRX728 subwoofer per side. The system also features four JBL SRX712M stage monitors. Crown I-Tech 12000HD power amps power the PA system and were chosen for their sound tailoring and system tuning capabilities provided by an onboard DSP.

A Soundcraft Vi1 digital live sound console was chosen for its combination of small footprint yet large channel count, ease of use and flexibility. The Vi1 is also equipped with a MADI card that outputs multi-track digital audio from the console into a ProTools rig, so Rock Star University can record its students’ performances. Rounding out the system, Adams also specified a complement of AKG vocal and instrument microphones.

“Students who attend Rock Star University aren’t just going to some glorified rehearsal studio. Thanks to the HARMAN Professional audio system and the same staging and lighting you’d find in a real music venue, the students are getting a complete learning experience that will have them ready to rock wherever they play.” – Greg Adams, Sound Expressions