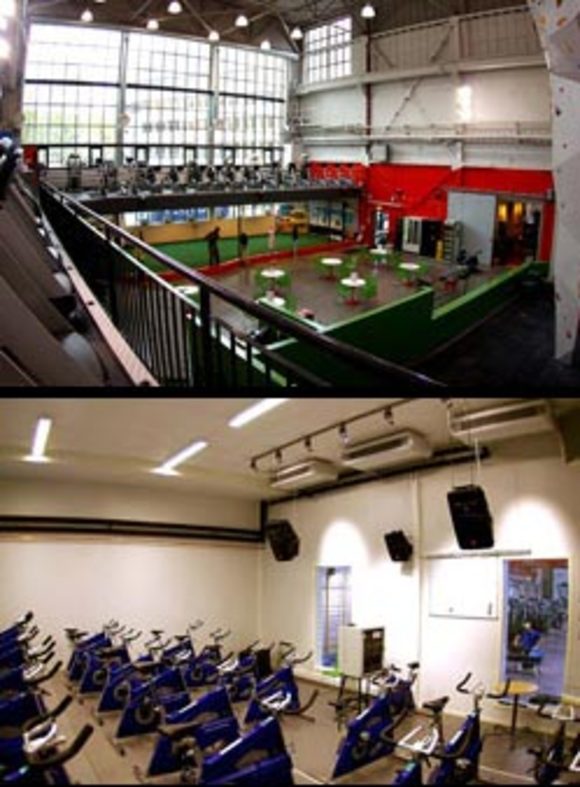 Oslo, Norway, May 2007 ...An expansive, multi-zone health and fitness centre in Oslo has entrusted all its sound protocols to ZonePRO® 1261 digital zone controllers from dbx® Professional Products, a Salt Lake City-based manufacturer of professional signal processing products and a division of Harman International (NYSE-HAR),

This solution accommodates all the Myrens Sportssenter's requirements, from the aerobic and spinning sessions to the reception priority overrides and fire alarm interface.

The ZonePRO 1261 digital zone processor forms the hub of an integrated Harman Pro solution proposed by distributors, LydRommet. The company was approached by the landlord of the historic building, which has been converted from the famous old Myrens Verksted mechanical workshops that existed here during the last century. Sharing ownership of the large building are four companies who respectively manage Indoor Climbing, Squash, General Fitness and Golf Driving Simulation.

Although fitness centres are familiar territory for LydRommet they still had to win a competitive tender. "The infrastructure required a high-quality communications system," said LydRommet sales manager, Flemming Bjerke. "Although the building's acoustics are out of our control, by specifying more loudspeakers and under-running them we have been able to compensate for some of the most difficult reflections."

The company has already installed five zones within the complex, serviced by four ZonePRO 1261's. While this includes the General Fitness area, Aerobics and Spinning rooms, along with peripheral areas such as Reception, Café, Shop and Changing Rooms, LydRommet have laid cabling to allow this to be extended in the future.

Flemming Bjerke says that the 12-in/6-out ZonePRO 1261 was specifically earmarked for its flexibility in being able to offer the option of individual zone routing or mixing in the system processing on each output zone. LydRommet had proposed this feature during the 1261's development stage, and the device provides primary, priority and paging sources with both Priority Override and Page Ducking.

The Centre also makes use of ZonePRO 1261's wall controllers for volume and source selection — in the Spinning and Aerobic rooms one is handling the music source and another independently controls the AKG WMS 400 body-pack wireless system, worn by the instructors.

For sound reinforcement, LydRommet have predominantly specified the JBL Control C25AV enclosures and C24 Micro ceiling speakers in some of the peripheral areas; the Aerobic room is configured with JBL MS28's and MRX 518S subs and the Spinning room is configured with JBL EON15 G2's and MRX 518S subs. In both the rooms an EON10-G2 provides the instructorsï¿½ monitoring, while a local rack gives control access.

Source inputs in these locations include CD players and the the AKG mics, while all other zones are fed from a choice of tuner, music PC and CD sources, selectable at the reception area, although local source select is provided by a number of ZC wall panel controllers.

The powerful processing of the ZonePRO 1261 is optimized with modules to increase the intelligibility of the input sources such as EQ, Feedback Suppression, Compression, De-Essing and Gating and efficiency of the outputs (eg. Bandpass Filters, Delay, EQ, Comp/Limiter and Automatic Gain Control).

Summing up the installation, Flemming Bjerke says, "Although this is a complicated system, there is nothing complex about the operation — we have made it entirely intuitive."